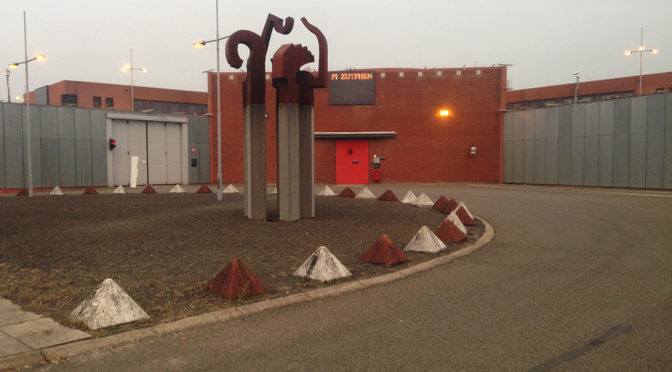 For the European KA2 Valmopris project, on validating non-formal learning in prisons each participating country has to deliver 6 pilot projects in prisons with minimally 3 prisoners involved.

The first pilot was Ed, Mirthe and Peer creating Noah’s Ark for the Bosch Parade with recovering drug addicts It attracted a lot of attention from the media. Under ‘ projects’ on this site you’ll find photo’s, video’s, and an interview with Ed of ‘Stowaways’.

In Arnhem two inspired teachers, Saskia and Sanne, of Cultuurmij Oost work with a group of young people with behavioral issues. They will create a magazine, so there will be planning content, finding their writing, drawing, photographing and designing talents will take place and then working hard in collaboration to get it done.

In Zutphen prison a band was formed and songs were written, rehearsed and played. The teacher, Hanneke, also gave personal lessons to a number of the participants so that good progress could be made.

In Rotterdam, in De Nieuwe Kans, young people without school diploma of which some have been in touch with Justice will be followed on the Level5 method during a theatrical project.

And last, but not least, down South in Sittard prison, Ed and Monique will make a video with the prisoners, and some of the guards and staff that will transformed into an ‘Augmented reality’ item to be seen in an app on your smart-phone projected on the façade of the prison when you visit there. Partners and other visitors will be given access to the app. The director of the prison is very enthusiastic about the project and wants to get broad media attention for it.