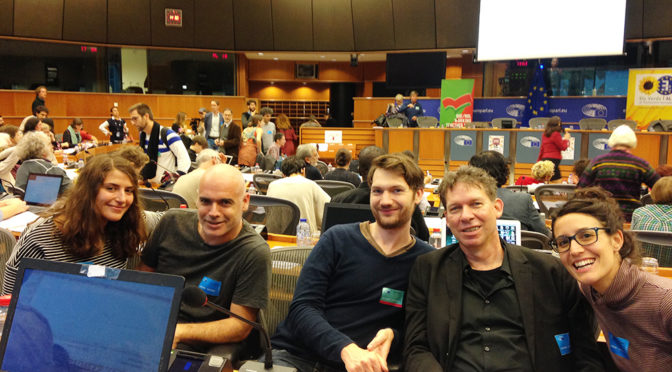 How the commons can revitalize Europe.

The commons is an emerging paradigm in Europe embracing cocreation, stewardship, and social and ecological sustainability. Commons perspectives could help to reinvigorate Europe with constructive and concrete policy implications on many terrains. However, much of the current dominant narrative of the EU, focusing on growth, competition, and international trade is in strong contrast with the worldview of the commons. C&C chair Ed Santman was present at the first European Commons Assembly.

In mid-November of this year, the European Commons Assembly was held in cooperation with the Commons Intergroup in the European Parliament, made up of Members of the European Parliament from different parliamentary groups, mainly Greens, the United Left (GUE/NGL), and several Socialists & Democrats Group (S&D) members. The ambition was to promote the establishment of creative institutions and political alternatives, from the local to the European level. In the call for the Assembly, ‘commoners’ from around Europe stated: “We call upon governments, local and national, as well as European Union institutions to facilitate the defense and growth of the commons, to eliminate barriers and enclosures, to open up doors for citizen participation, and to prioritize the common good in all policies.