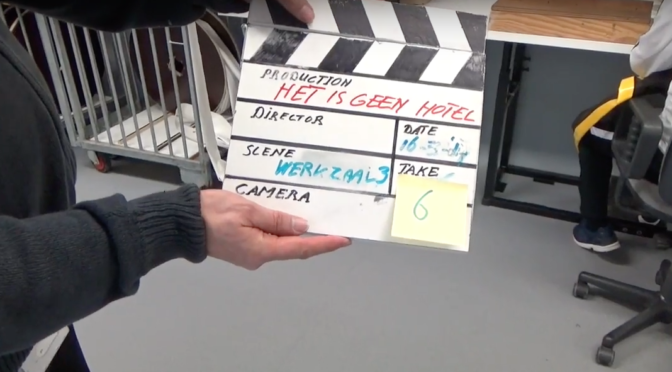 Ed Santman and Monique Baan worked intensively in the first months of 2017, making a documentary with a group of inmates and prison staff at PI Sittard, a prison in the South of the Netherlands. The result is a very special portrait of the life behind the prison walls, it was filmed by the prisoners and the prison workers who collaborated as a team to produce this documentary.  Later this year we will work with the same group on a magazine which will involve augmented reality as a tool to add some of the scenes of the documentary.

See the trailer at:

or see the whole video at: